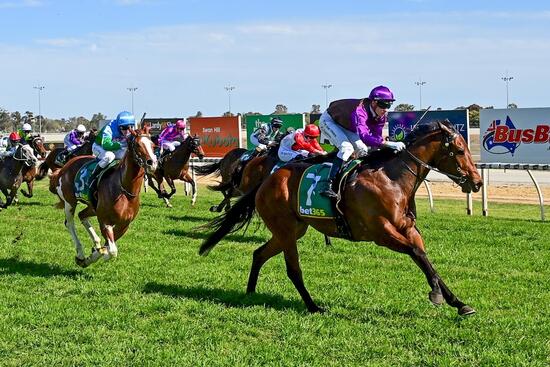 Up and coming prospect Red Red Wine knocked his maiden win over at Swan Hill last Friday over at only his second start. The ex Queenslander by Bel Esprit out of Diamond Fund arrived at the stable over 12 months ago as an unraced 3 year old with an issue or two. Great patience by all concerned has paid off to this point.

With a positive rode by Zac Spain the horse took over in the straight to win very convincingly although very green and immature which is a plus when gauging the horses upside as these traits are ironed out through experience and possible gear changes.

We look forward to his progress over the coming two to six weeks and beyond.