The real Tadashi stands up at Sale 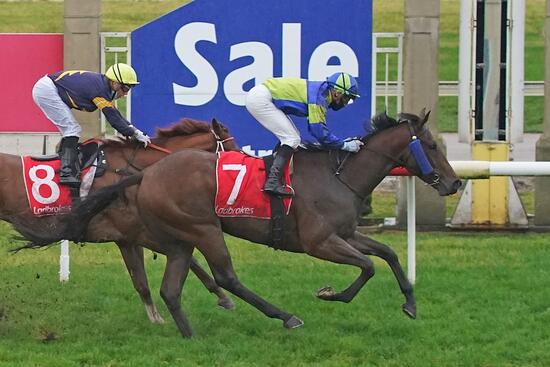 Despite not being at home on heavy ground the Excelebration x Our Cougette three year old gelding Tadashi Hamada proved too good for his rivals under strong riding from Daniel Stackhouse in the last race at Sale yesterday in very inclement conditions. Shea dropped him back to the 1400 and he relished the drop in distance not to say that he won't get back out further. In his previous three runs this campaign circumstances have been against him and it was great for the owners Shea,  his father Kent and uncle Paul to see him back in the winners stall. Shea still holds a high opinion of the horse and he will be much better suited on firmer going even though his class got him through the heavy at Sale.

Again well done to Jamie and our team at Cranbourne all contributing to the stable's 31st winner of the season and the sixth winner in the last month.