Ocular set to campaign in Victoria 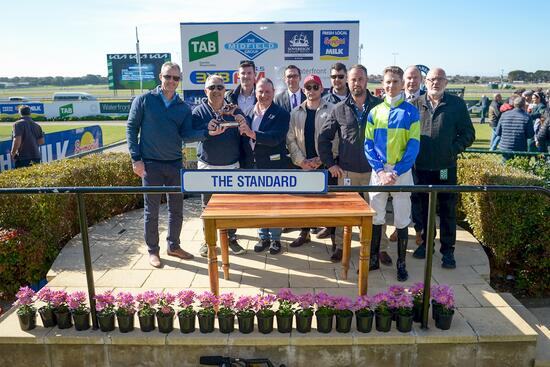 After his solid second up win by Ocular at the Warrnambool Carnival on day three in the BM78 1100 the decision was made to stay in Melbourne rather than head to Queensland and instead focus on the All Victorian Sprint Series where there are 6 heats over the next 7 weeks with the Final at Flemington on July 3rd over 1200 as a Listed race. He will kick off in Heat 2 on the 22nd May at Flemington again over 1200. A first or second in any heat guarantees him a start in the final.

He was well ridden by Jye McNeil at Warrnambool and it was a well deserved consolation win given the horse didn't get a start in the rich Wangoom Handicap on day two at the Carnival where Shea really rated him a genuine winning chance however no scratchings in the race meant the owners were to left to ponder what might have been.

Shea is very confident the horse is in for a great campaign.

Congratulations to all owners who were given a great buzz having a winner at the famous Warrnambool Carnival. Well done to Shea, Jamie and all the staff at Eden Racing