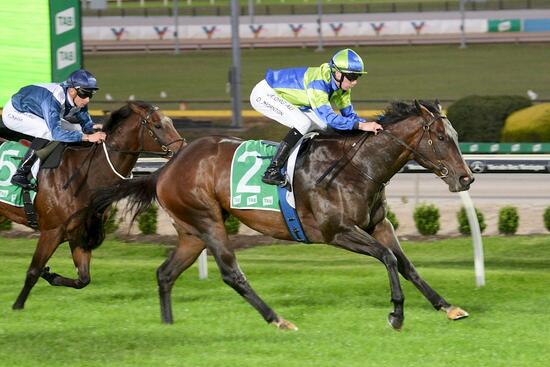 The four year old Statue Of Liberty out of Run Girl Run gelding finally got to the track last night at Cranbourne to win in emphatic fashion justifying the high opinion that Shea Eden has of the horse. It was a top ride by Damien Thornton taking a sit just off the pace and joining in as they straightened. His time of 59.89 was strong considering the track was a soft 6 as well as the the horse has plenty of improvement in him. There was a massive spruik on the Busettin horse Joey's Jaw in the lead up to last night however that horse was over 5 lenghts adrift of Libertus in the run home after leading.

Libertus has endured some injury bad luck and has now matured into a powerful individual thanks to the patience of Shea, Jamie and all the staff at the stable  Well done to the team and special thanks to Lenny Russo for finding the horse as a yearling.

The win is the 25th of the stable and Shea Eden for this season whilst still maintaining the second best strike in the state of 18.9%.

The stable are looking forward to a bright future for Libertus.