A blistering finish by Wild Charlotte 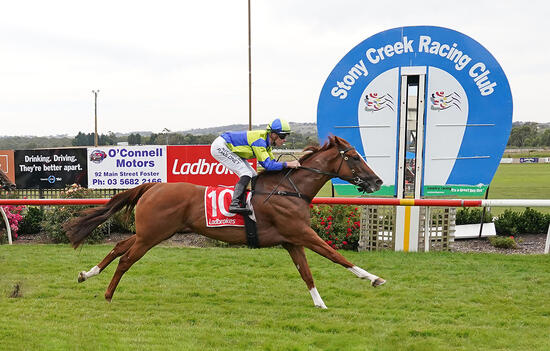 Wild Charlotte commenced her second career campaign with a blistering finish from the tail in the straight to win the BM64 1100 at Stony Creek on Sunday. The Written Tycoon out of Das Machen four year old mare settled beautifully for Patrick Moloney and he recorded his second win on the horse. Patrick didn't panic as they straightened and had to come across the heels of most runners to put the race away in the twinkling of an eye, running away to win by 2 lengths.

Shea has always had a good opinion of the horse and it was just a lack of experience early in her first campaign that saw her be hard to settle mid race before she ran some good races in the second half of her first campaign.

A big thank you and well done to our support staff headed up by Jamie Dentith and all the crew.