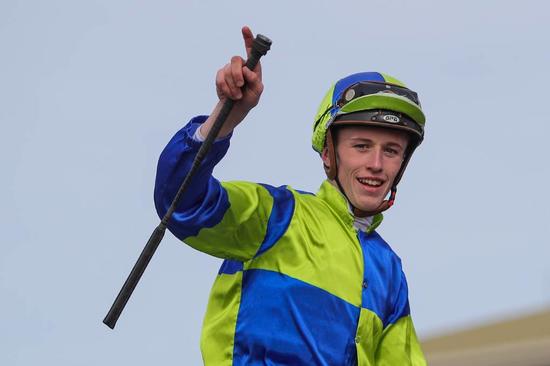 By: Greg Best, The Standard

It was a case of third time lucky for Cranbourne trainer Shea Eden when he produced his first winner at Warrnambool's May Racing Carnival.

The 39-year-old, who has only ever had two previous runners at the carnival in the past "seven or eight" years, was rapt Akamon claimed a thrilling victory in a three-way photo finish in the benchmark 64 handicap over 2000m.

"This is only my third runner at the carnival, I had my second runner on Tuesday," he said.

"I realise it's a tough carnival to win at. This horse was screaming out for 2000m and looking at the calendar there wasn't a lot of options.

"I've got a good bunch of owners in the horse from around the Geelong area and born and bred from down this way, it's a thrill for those guys to not only have a runner but a winner."

Eden said his first runner at the carnival ran third.

"They're not easy to win here," he said.

Akamon, ridden by Ben Allen, was deep in the field rounding the home turn and was full of running late. They drew level in the shadows of the post and claimed the win by a nose from the Aaron Purcell-trained Midas Prince with Mount Gambier galloper Elusive Rose a short half-head away third.