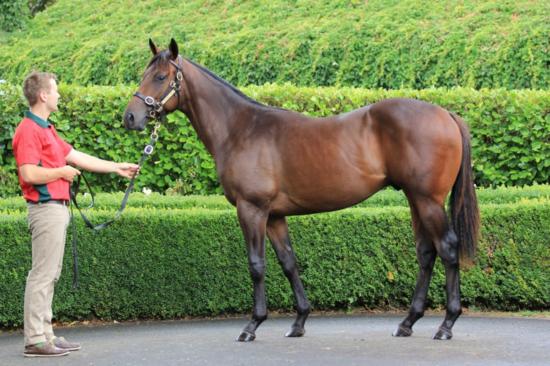 As the sun sets over the famous finishing post of Moonee Valley Friday evening, a dashing colt by the name of Untie The knot will take his place in race one. Not only is it the colt's race debut, it also marks the first of many upcoming two year-old debuts for Eden Racing this season.

Purchased in conjunction with Bluegrass Bloodstock at the 2018 New Zealand Karaka Sale, the striking Ocean Park colt hails from the family of Group 1 winner and multiple Group 2 and 3 winner La Bella Dama. He is a full brother to Ocean Knight who boasts a scintillating debut win and finishing within 2 lengths in the Group 2 Danehill Stakes last start.

"I have had time for this horse from the first day he stepped foot in the stable. I feel we will be seeing the best of him after a break in the Autumn but the race experience he will gain should prove valuable ahead of his return," Shea said

Untie The Knot will be sure to take plenty of benefit from the race experience in what looks to be a suitable first up target.

By the all conquering Ocean Park, the colt will be hoping to follow in the successful footsteps of current Ocean Park progeny. "Ocean Park’s endless stream of winners and Stakes performers have earned him the prestigious accolade of being the champion New Zealand based Australian Second Season Sire and he is the first New Zealand stallion to achieve a top five placing on this premiership over an eight-year period," Waikato Stud.

Untie The Knots will take place in race one at Moonee Valley, jumping from barrier three with Ben Allen booked to ride. We wish connections the best of luck in what we hope is the start of a long and successful career for Untie The Knot.