Helmet Filly "Diamond In The Rough" 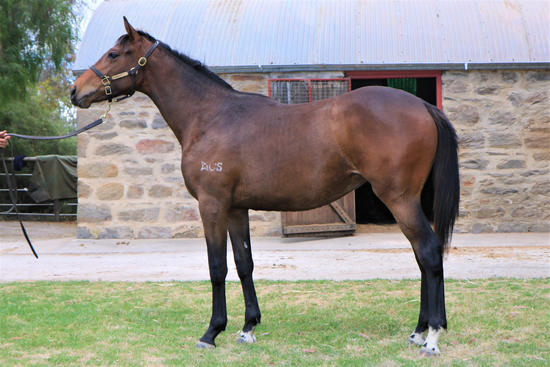 We are all in search for the next bargain buy, the diamond in the rough. This well bred Helmet filly has the credentials to be just that. By former Darley Stallion Helmet out of a stakes performed Comic Strip mare Table Mesa, this filly is the definition of value.

Table Mesa was herself a seven time winner, including one as a two-year-old, one at listed level and also boasts four listed placings. She has thrown 3 foals to race for 2 winners including Nina Rules who recently recorded her fifth career win taking her prize money to just over $110,000.

The filly has always shown glimpses of talent but this preparation she has made significant progression and stamped herself as a quality two-year-old prospect.

Her trainer Shea has a strong opinion of the filly. "Tough is the first word that comes to mind when I think of her. She just goes out and wants to do her work. A positive attitude is vital in a race horse's success and she certainly possesses that," Shea said.

In her recent jump outs she translated the strength of her track work to her first outings in race like conditions.

Nikita Beriman was quite impressed with her first jump out. "She began quickly and obviously the horse out in front went quickly which lead her to become a little lost but I really like the way she continued to go through the line. I think she will improve greatly from that and I look forward to her in the future," Nikita said.

Ethan Brown was just as positive after her second jump out. " She jumped well, travelled forward with nice pace. She possesses a lovely big action and a lot of raw ability," Ethan said.

The stable has already had success with the Helmet progeny in the lightly raced four year old Cavalero. A $90,000 2016 Inglis Premier purchase, Cavalero has amassed $125,750 in prize money and boasts three wins from just the 13 starts.

In 2018 Helmet yearling sales averaged $100,000 in New Zealand which again emphasises the value of this filly. In his short breeding career Helmet boasts a Dubai World Cup winner, 2x Australian Group 3 winners and is consistently getting winners every day of the week with 33 individual winners for the season thus far.

Sam Hayes of Cornerstone Stud also holds her in a high regard. “She is furnishing into a super type and there is a nice bit of black type in the family. We rate her on type as one of the nicer fillies in our 2016 crop,” Sam said.

You can view her profile by clicking here.

If you would like to know more about this filly or any of our exciting two year olds please contact Eden Racing Bloodstock Manager Harry Roach.