Cavalero and Our Girl Babs Chalk Up Winning Double 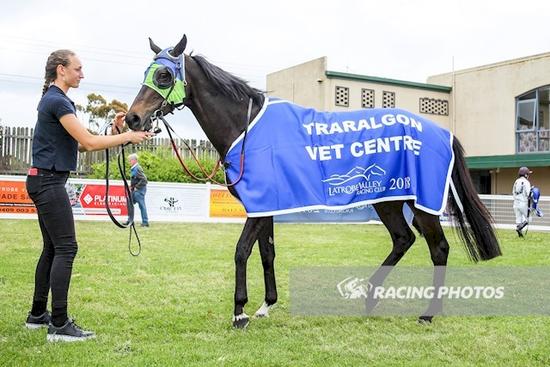 It was a prosperous afternoon for connections Sunday at Traralgon as Eden Racing teamed up with Nikita Beriman for a winning double.

Four year old mare Our Girl Babs converted on a recent run of consistent performances for an impressive all the way win. Having placed 4 times from her first 10 starts, the daughter of Clangalang had been knocking on the door and relished stepping up to the 1900m. To the eye the race may seem modest in terms of form going forward, but in comparison to the other 1900m races on the day (Race 6 BM 64 2:01.62, Race 7 Traralgon Cup 1:59.99) Our Girl Babs winning in 2:01.21 adds further merit to the win, especially considering the winner of the Traralgon Cup trotted in by seven lengths!

After an anticipated sluggish start, Nikita took the initiative to hold a position on the rail and roll forward to lead. The tactics paid off, not allowing another horse get a look in as she went for home at the top of the straight to score a 1.5 length win.

"To lead all the way and finish off the way she did was a great effort. She had been suggesting that getting out in trip would suit her and she passed that test with flying colours today," Shea said. Look out for the lightly raced mare over the coming weeks over a similar trip as she makes the rise in grade.

Cavalero bounced back to form with a tough victory also over the 1900m. It was win number three for the lightly raced son of Helmet who took his prize money to $125,750 from just the 13 starts. After landing in an ideal position early behind the speed, Nikita Beriman allowed the four year old gelding to find a rhythm throughout the run. When they turned for home Nikita peeled out to make her run amongst other horses and found herself in a dual with Ripplebrook as they approached the finishing line. With the outside horses looking as though they were finishing with all of the momentum, the ever so tough Cavalero responded to riding to cross the line first in a tenacious effort.

"We have always had a bit of an opinion of him so to see him return to his winning ways in such a tough manner was fantastic," Shea said. Taking plenty of confidence out of the win, Cavalero should prove highly competitive in his upcoming starts.

The afternoon was capped off memorably with Our Girl Babs' victory marking the first winner ever strapped by our young stablehand Georgia Filippi. After a string of close misses, Georgia's maiden win as a strapper had continued to elude her but there was no wiping the smile off her face as Our Girl Babs crossed the line first.

Congratulations to Georgia and connections of both horses!