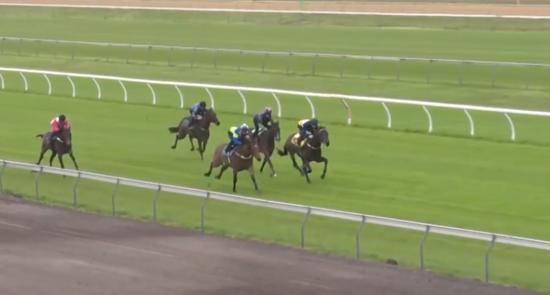 What an exciting time of year. The Spring Carnival is in full swing and encapsulates Melbourne with the stars of racing on show. Behind the scenes though, the next stars of racing are having their first taste of what may lay before them. It was a usual Monday morning of jump outs to the eye, but what may have been missed was the select handful of Eden Racing's crop of two year olds having their first jump out. Not A Single Doubt x  More Bubbly, Dawn Approach x Big Birdie and Kuroshio x Miss Evangeline all enjoyed their first hit out which was purely educational on their home track at Cranbourne. The trio were put under no pressure from their riders and all handed in very professional efforts.

"The first jump outs are the next step in getting them to the races. These three obviously are very early types given the time of year, but I couldn't have been happier with how they all went," Shea said.

This colt just continues to impress. A son of Not A Single Doubt bred on the same as Miracles Of Life, this strapping chestnut colt certainly catches your attention when he struts past. He can't be faulted on what he has achieved so far and he certainly acquitted himself well yesterday. Nikita Beriman noted that he gave a great feel and although still learning, looks to have what it takes to perform as a two year old. Given the strength of his pedigree and physical attributes, this colt will be given every chance to compete in the early two year old races with his ultimate target to be the illustrious Blue Diamond.

An exciting daughter of Dawn Approach, this filly is continuing to stamp herself as a precocious talent. She is a fluent mover and hit the ground running like a true professional yesterday. She left the gates with great vigour, finding the front easily and cruised throughout to finish second. Her rider in the trial Nikita Beriman reported that she was very professional and travelled nicely in the run. She also looms as a filly who has the necessary physical assets to perform as an early two year old with a pedigree to match.

Touted as one of the value buys of the Inglis Melbourne Premier Sale, this colt is closely related to Champion Australian Sprinter Apache Cat and a host of speedy types which is being reflected in what he is showing Shea at home and certainly what he produced in his 800m jump out.

If any of these prospects have caught your interest don't hesitate to get in touch with our Bloodstock Manager Harry Roach who can answer questions you may have.