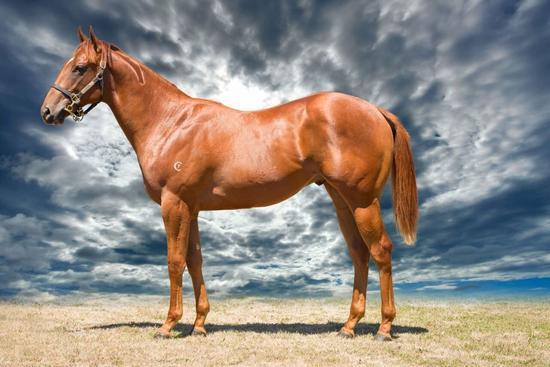 Three year old Magnus colt Zispur will make the step to Group company this weekend as he takes on the Group 3 Australia Stakes over 1200m at Moonee Valley Saturday.

Hailing from a prosperous family of winners, Zipspur is a full relation to the classy Group 3 winner and Group 1 competitive Miss Promiscuity. A $215,000 purchase at the 2017 Melbourne Inglis Premier Sale, Zipspur has shown a great deal of quality from the day he was sold. A relatively high price purchase is associated with an equivalent high expectation and on what he has shown so far it looks as though he just may live up to these expectations.

Shea was full of praise for Zipspur from an early age. "He was an outstanding yearling, the most expensive I had ever bought at the time. I had the confidence of some good owners and we knew we weren't going home without him. He has furnished into a classy three year old and I am confident of a strong performance Saturday." Shea said.

Zipspur is a lovely mannered horse who quickly gained the tag of one of the stable favourites amongst staff and owners due to his relaxed attitude and love for ear scratches.

Part owner Mark Wells remembers the first time he saw Zipspur "He was a clear stand out at the Eden Racing open day, we had to have him. Shea has always had a strong opinion him so it's satisfying to see the horse reach Group 3 level at just start 2," Mark said.

On debut Zipspur raced on one of the heavier tracks you will see, running an admirable 4th at Swan Hill. After the run he was sent straight to the paddock to develop and he has since returned a more mature 3 year old. To compete in a Group 3 as a maiden is no mean feat, he comes into the race of a smart trial and Zipspur will be sure to acquit himself well.

We wish Zipspur and connections the best of luck and hope to see him put in a strong effort Saturday.