Roseberry Street Blooms into a Career at Stud 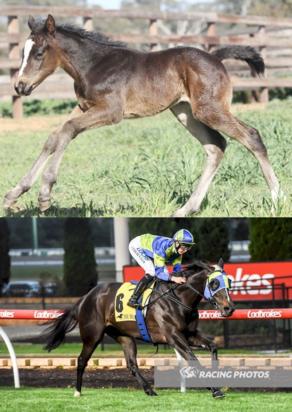 It is with a heavy heart that the stable announces the retirement of one of our favourites in Roseberry Street. Known for her consistency in her career spanning over 29 starts, she won 5 times and placed another 7, amassing just over $120,000 in prize money

Her most memorable victory came at Mooney Valley under light last December. In a most impressive display, Stephanie Thornton sat just behind the speed and powered away at the top of the straight, hitting the line under hands and heels to win by 1.5 lengths. Her owner, breeder and loyal supporter of the stable Garry Johnson was very fond of the Stryker mare and was the first city winner that Johnson had bred.

"Gary has been a fantastic supporter of our stable for a number of years and I know how much the win meant to him. You always knew she was going to put in her best effort and was a dream to train. Hopefully one day we will get to see her progeny back in the stable," said Shea.

Roseberry Street leaves the stable as one of Stryker’s top progeny, boasting the second highest amount of wins of any runners.

She will now make her way back to where she was born at Three Bridges Stud and embark on a new career in breeding. We look forward to seeing her foals and eagerly await a stallion selection, hopefully she passes down that white blaze! Enjoy retirement Rosie, you will be missed around the stable.