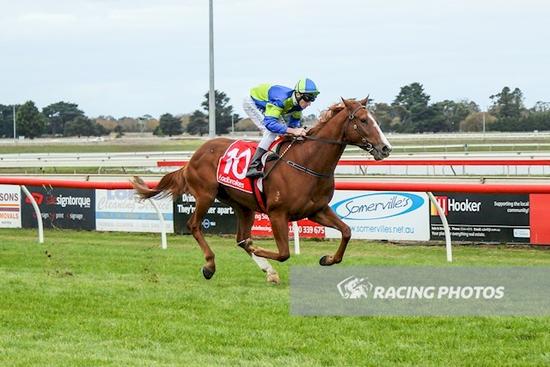 Wednesday will see the stable saddle up 6 runners for midweek racing at Sale on the first day of the 2018/19 racing season.

Duke Of Magnus will compete in the first race in Australia of the new racing season and connections will be hoping to get it off to a flying start. The Magnus gelding handed in a most pleasing effort on debut at the track 3 weeks ago. During the run he experienced interference, raced greenly and did extremely well to finish second. He will have to contend with the wide barrier, but under the guidance of Damien Thornton we hope he will be fighting out the finish.

In Race 5 Star Major will return to the races after well-earned break in the paddock. A lightly raced son of Starcraft, Star Major is a noted fresh performer and is ready to put his best hoof forward. On debut he broke his maiden in fine style at the track, winning by nearly 4 lengths after travelling wide the whole race and will be hoping for a repeat performance under the guidance of Damien Thornton in an ideal starting point for his preparation.

The eye catching grey Asset Rich will be looking to bounce back to form in race 6. He is building an imposing record of two wins and a third from just the 6 starts and thrives on the sprint distances. Two starts prior, Asset Rich bolted in on a heavy track at Swan Hill over 975m but didn’t handle the drying track last start. Some solid form has come out his last start Cranbourne race with the runner-up Parwan Prince since winning. From a low draw he will look to be too fast and too strong for his opposition.

In race 8 Considering and Roseberry Street will be going head to head in a two pronged attack. Roseberry Street is an ultra-consistent mare who enjoys racing at Sale, boasting 2 wins at the track and enjoys the soft going. Back in distance to the 1400m where she narrowly missed 2 starts prior, she will be sure to be fighting out the finish. Considering, a dashing daughter of So You Think, was in need of the run first up and although suited over further, she has performed well over the shorter distances and will acquit herself well.

Alsvin will be guided by champion jockey Damien Oliver in race 9. Alsvin shares the same statistic as Star Major, breaking his maiden on debut at the track. Coming off a freshen up, the son of Excelebration looks well placed.

Best of luck to connections and we look forward to seeing you on track.