All Roads Lead to The Showdown 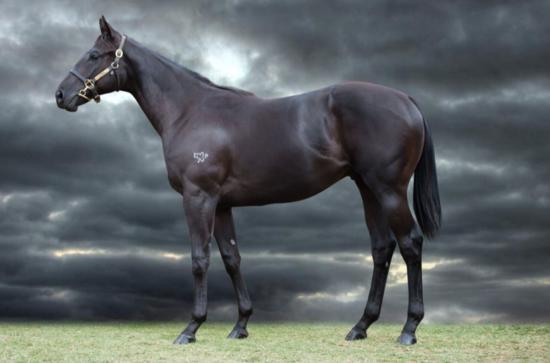 The next highlight of our feature of yearlings is the stunning Written Tycoon x Dowager Princess colt. When looking at this striking black colt, the words class and power immediately come to mind. Hailing from a successful family, he has the ultimate mix of breeding, composition and attitude required of an elite equine athlete.

His dam Dowager Princess, an eye catching mare by Savabeel, is a full sister to Dowager Queen who is a 3x Listed winner and 3x Group 1 placed. Dowager Princess has had 1 foal to race for 1 winner in Mactier, who was a 2-year-old winner and reached Group and Listed level as a three-year-old. Her second foal by Unencumbered was purchased for $150,000 and is receiving positive reports in New Zealand as a horse with great potential.

Written Tycoon is continuing to assert his dominance in Victoria with a repeat win of the Victorian Champion Sire title where he recorded more winners than he ever has before. In the 2017/18 racing season he boasts 8 individual stakes winners, 150 winners and $9.7 million in prize money.

After a highly successful first preparation and a taste of stable life, he is now enjoying a well earned break in the paddock where he will continue to thrive both mentally and physically and return a more mature horse.

Being by Written Tycoon, he will be aimed towards the inaugural Inglis Showdown - a landmark $1m two-year-old race to be run exclusively for the progeny of VOBIS Sires-nominated stallions at Caulfield in April, 2019.

In the link below you can view the latest update where his trainer Shea Eden gives some unique insight on the horse's first preparation and his journey to developing into a race horse.