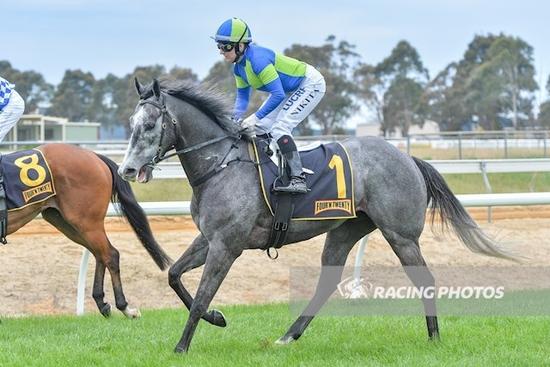 On the back of a prosperous few runs, the stable will be looking to continue it's recent success today as we take 4 runners to our home track here at Cranbourne. From the last 5 starters the stable has recorded 2 winners and 2 second placings, including the exciting Bright Eyes and ultra impressive French import King Way.

As for today, 4 quality gallopers will represent the stable.

In race 6 Eqiulibrium will be out to return to the form of his first 2 runs in Australia where he recorded 2 successive wins. Having shown his enjoyment for the soft  going and receiving the addition of blinkers he will prove to be highly competitive in the staying event. The son of Shamoline Warrior was purchased from New Zealand by Lenny Russo of Bluegrass Bloodstock and is an exciting prospect for the stable.

The lightly raced Vin Fizz will be hoping for some good luck when he jumps from barrier 11 in race 7. Although he is probably one run shy of peak fitness, with Jye McNeil riding, the Master of Design gelding will be out to put his best hoof forward on his home track.

Considering will make her return to the races in race 8. Her breeding suggests that now she's an older horse she will likely be looking for further but after a promising preparation last time in the daughter of So You Think showed that she has her fair share of ability. She has shown a liking for the soft conditions and on her home track Shea is excited to have her back at the races.

Dashing grey gelding Asset Rich lines up in race 9. Last start at Swan Hill he won most impressively over the 975 with some good form coming out of the race. Jamie Mott will pilot from barrier 9 and we hope he can be fighting out the finish.

Best of luck to connections and we look forward to seeing you at the track!