Moana on the march 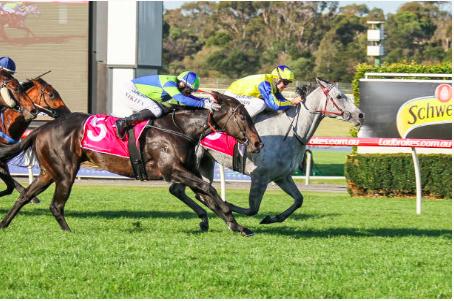 Moana Jewel continued her progression through the grades at Sandown on Wednesday with an unlucky second place at her first attempt in town.

After being slow to begin the filly found herself in an awkward position before getting clear room in the straight on the back of eventual winner Platinum Angel.

From the 400m the filly unleashed some of the fastest sectionals of the day to prove her worth as a city class racehorse.

“We’ve known she’s pretty good right the way through and to see her run like that justifies things,” said Shea.

“I know the winner is stakes class and I think Moana will measure up there as well. If we can win in town next time I will raise the bar for her.”

If she continues to progress forward as Shea hopes we might have a new stable star on our hands.