This mare is worth thought! 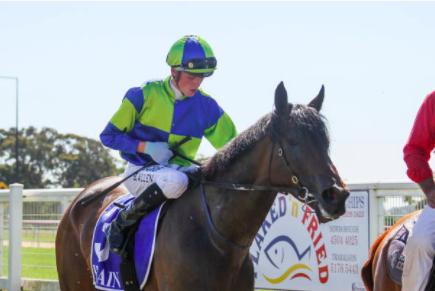 Our stunning So You Think mare CONSIDERING (4yo So You Think x Madam Prosecutor) continued on her winning way at Cranbourne on Friday and landed a big bonus in the process.

After taking eight runs to break her maiden - despite never finishing further back than 6th - Considering is starting to show the ability that has had Shea confident of city class talent.

Her maiden win at Moe was won in a cakewalk, then she stepped straight to BM70 grade and won comfortably, taking out a big $20,000 VOBIS Gold bonus .

"This was a race that I'd had in mind as a target for some time if she could get that maiden out of the way, Shea said.

"Once she won (at Moe) it was full steam ahead to this race. Even though it was only a small field it was a big jump in class for her but she handled it well - she's a good mare, better than this grade."

Considering has the scope and the pedigree to develop into a better than average mile to middle-distance mare for the stable, with leading bloodstock agent Paul Willets assisting Shea with the purchase of the horse three years ago.

"These are the sorts of horses I'll be targetting again at the upcoming sales season."