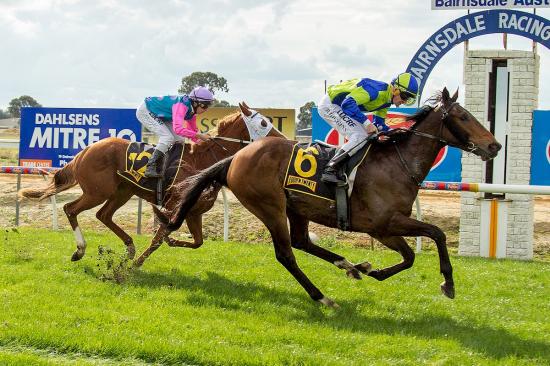 Shea is at Bairnsdale today with three runners that we hope have a bright future ahead of them. Here are his thoughts on our runners.

R1 No. 5 CAVALERO - I've got a lot of time for this horse and he has just taken some time to put a preparation together. He's had some minor set backs with his bloods and high white cell counts with niggling viruses but he seems to be over that now. I think he will be a very nice city class miler to 2000m horse in time, he will be better for this run but I think he can win his maiden today.

R2 No. 2 CUNNING MOVES - To say this horse has been disappointing is an understatement. I really thought he would be a nice early going 2yo but he struggled during his only preparation with three average performances. He seems to have matured mentally a bit which is positive, but he really needs to turn things around sooner than later.

R4 No. 12 VUITTON - This mare came to me with a history of hiccups and after her excellent first-up run when arguably unlucky not to win, I experienced a little hiccup with her when she had a minor injury setback. She's had a let up and is back working really well, I think she has city class talent at her very best if she stays out of trouble - this is a really nice race for her.