Rose blooms at the Valley 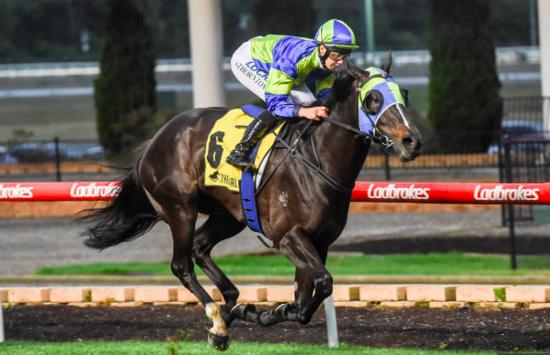 It was a special Friday night trip to Moonee Valley when ROSEBERRY STREET (5yo m Stryker x Kooeah) realised a lifelong dream of owner Gary Johnson when she won the 1600m Summer Membership Handicap.

In winning he 1600m contest, Roseberry Street become the first city winner that Johnson had bred.

"Gary has been a fantastic supporter of our stable for a number of years and I know how much this win means to him," said Shea.

"He was thinking about retiring the mare at the start of the season but I thought she had more in her, I was confident I could get a couple more wins and she's now won her last two including a city race. I still think she has more to come."

Roseberry Street was expertly ridden by apprentice Stephanie Thornton who judged the speed to perfection before sending the mare clear of her rivals at the 250m. The pair ran out easy 1.5-length winners in a dominant performance.

"There are similar races for her in the next few weeks and if she can hold her form she might earn a crack at some nice stakes races in Tasmania over summer. If she keeps improving and can win or place at that level Gary has a very valuable broodmare on his hands."

It was very nearly a case of a metro-double for Eden Racing on the night when maiden mare CONSIDERING (4yo m So You Think x Madam Prosecutor) was narrowly beaten after leading to the shadows of the post in the opening race of the night.

Roseberry Street's win was Shea's 11th winner of the season - at this rate he is on track to better last year's career best total of 29.