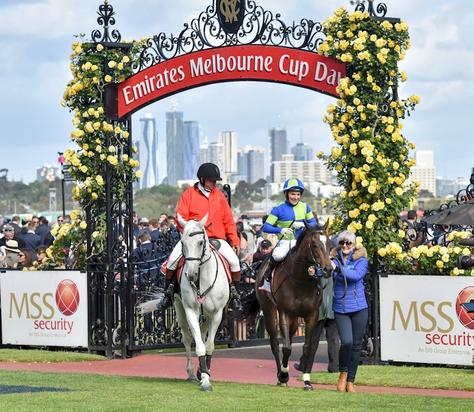 It wasn't the Melbourne Cup but Shea achieved one of his career goals at Flemington on Tuesday when he trained his first winner on Cup Day.

And what a win it was as OCEAN EMBERS (5yo m Beneteau x Burningwood) stormed to a famous victory for Nikita Beriman - a victory that has certainly made a few of the owners famous after some raucous celebrations.

"On paper her form had looked a little off but if you took the time to read her times and analyse things a bit further you could see how well she was going," said Shea.

"I was so confident that once we got her out to 1200m she would deliver - and she did!"

Coming from last on the grandstand side, Ocean Embers ripped home with some lightning sectionals to run out an easy length winner, defeating Faatinah, a horse with G1 form this preparation.

For jockey Nikita Beriman, it was a well deserved win for patience and perseverence.

"The whole team has worked so hard to get this win - I'm thrilled to be a part of it. She's a very good horse," said the G1 winning jockey.

For the team at our stable the Ocean Embers success story is an important one - we currently have her 2yo half-sister by Manhattan Rain in work as well as the 2yo daughter of another half-sister by Dalakhani.

Hopefully those two fillies can carry on the family success story in our colours in years to come.