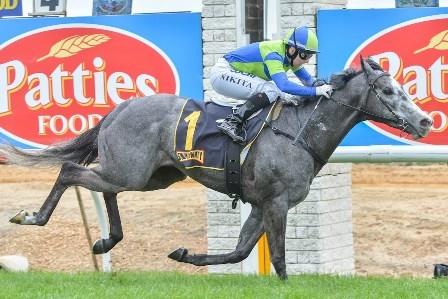 The Eden Racing team might have another smart sprinter on its hands with ASSET RICH (4yo g Danerich x Common Spirit) storming to a very easy four-length win at Bairnsdale on Sunday.

The 4yo was having just his second start fresh from a promising debut at the same track when finishing third back in August, jockey Nikita Beriman took the worry out of the race early and had Asset Rich on speed against the rail and travelling sweetly.

Once she released the breaks by the 350m, Asset Rich showed his class and ran out an easy winner to justify his $1.55 quote as a hot favourite.

"To be honest I thought he would do that on debut," said Shea after the race.

"He's a horse that has always shown me plenty of promise and I'd be surprised if he didn't go through his grades now. We've given him time and he's obviously appreciated it, we'll get the best out of him."

Bought for just $14,000 at the 2015 Adelaide Magic Millions Sale, Asset Rich has already earned more than his purchase price on the track, netting $14,100 for his win at Bairnsdale.

It was also Shea's 16th career win at the Bairnsdale track, a venue at which he has an 18% winning strike rate.