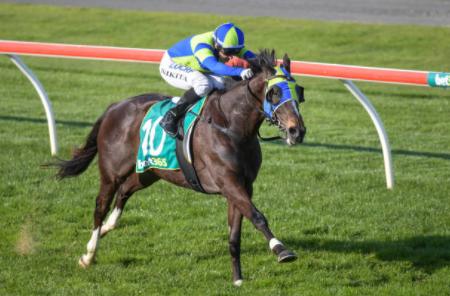 The Eden Racing float will be heading east today as we truck a handful of top chances to Bairnsdale for the Bairnsdale Cup meeting.

We've had a lot of success at this track in the past and with a little bit of luck today there should be another winner or two there for our team. Here are my thoughts on our five runners and their chances;

R1 No. 1 ASSET RICH - I've got a lot of time for this 4yo and hopefully he can graduate from maiden class today. I was pretty confident that he could get the job done on debut but once he found the front he didn't know how to put the race away. I gave him a short break with the view to picking off a few races as we take him through his grades during spring and summer and this is a lovely kick off point for him. I'm expecting him to go very close.

R3 No. 9 STATELY BOY - To say that this horse is frustrating me is an understatement. He's got the ability as we saw during his 2yo career but after a couple of niggling issues he's just taking time to really find that level again. Importantly he gets back on top of the ground today and I've switched the blinkers for the visor to give him a little more sight of his rivals - hopefully he can put his best foot forward.

R5 No. 6 ANSINNA - I changed this horse's training regime a little before his latest run as I thought he was a little stale and it worked wonders, he was unlucky not to win at Cranbourne last start in a strong race of this grade. He obviously tackles a very smart horse in Seven Year Reward and Nikita has gone with that horse instead of us, but you never run scared of one rival so we take our place as a good each-way chance.

R6 No. 12 ROSEBERRY STREET - Although her form might not look that great on paper this mare is going well and I thought that she ran a great race at Flemington last start. She drops back to 1200m which isn't ideal but she's hard and fit and will try her best, she can run a race at odds.

R7 No. 9 STRONG HAND - Our in-form miler Strong Hand tackles the $50,000 Bairnsdale Cup and I'm hoping he can put the Cup trophy on his owners mantlepiece. This horse is simply flying but he comes off Soft ground and gets onto a Good track for this race which is a slight concern - he's 0/12 on Good tracks. The horse is arguably in career best form though and I hope he can hold his recent level today - if he does, he can win.