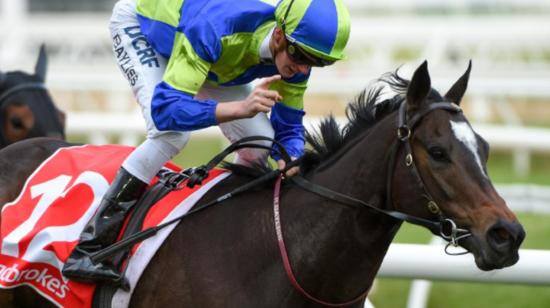 Punters are spoiled for choice this weekend with the AFL Grand Final and a stack of G1 races on around the country but for the team at Eden Racing our eyes are focussed on important races at Mornington and Caulfield.

Followers of my blogs will know how much the win of KING WAY meant to me and my team when he finally landed his first Australian win at Geelong last start. He steps up to the Listed Ansett Classic at Mornington on Saturday and I can tell you that despite looking outclassed on handicap ratings, the horse will run a big race.

I have trained King Way to peak into this race and everything he has done since Geelong says that he's done just that. I really think the horse has a great chance to run top three in a tough race.

On Sunday at Caulfield our stable star OCEAN EMBERS resumes for the spring in one of the strongest Open Handicap sprints I have ever seen - it's amazing that this is not a stakes race!

Ocean is back better than ever on her track work at least, we've drawn a shocking gate but I'm sure the mare will be running home hard and we're very happy to have Sydney star jockey Blake Shinn in the saddle with Nikita Beriman on the sidelines with a suspension.

On the topic of barriers, you want to have a look at Ocean's record with wide gates during her career, especially in important races. I truly believe that with better barriers in the past, her record in good races would have been better.

Good luck if you're having a bet this weekend and keep following my blogs - I'll do my best to steer you into a winner with my team.