Nikita with a double 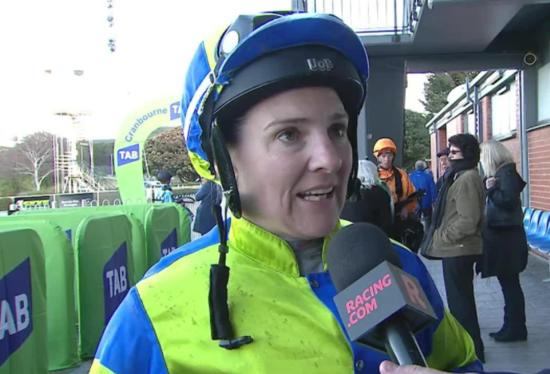 After a frustrating run of outs talented jockey Nikita Beriman has had a winning week for Eden Racing.

Having joined the team as a regular at track work at the beginning of winter, Beriman has earned her opportunities with hard work and commitment, often braving the early morning chill to arrive at our stables at 3am before doing her rounds for Greg Eurell and others at Cranbourne.

Simple. Beriman can see the young talent coming through the ranks at Eden Racing.

On Sunday she partnered up and comer Raiza Flame to an all the way win at Cranbourne then on Thursday at Racing.com Park she urged and lifted BAREFOOT TYCOON (4yo g, Written Tycoon x Barefoot Marvel) to victory in the 1400m Pakenham Tyres BM70 Hcp.

It was the gelding's third career win from just seven starts and like Raiza Flame, he is a horse of great potential.

"We've been lucky to have some hard working jockeys working with us over the last few years and Nikita is no exception," said Shea.

"She really lifted this horse over the line, she's a talented rider and the horse is pretty smart too he doesn't know it all yet and there's more to come."

"It's also really good to get another winner especially for these colours (of owners Ron and Kim Thomas) they're fantastic owners and great supporters of Shea's," Nikita added.

Barefoot Tycoon has amassed over $50,000 in stakes from seven starts for the Thomas' as the horse continues to make his way through the grades. Although Shea is confident he will eventually get to city racing, the horse still has a bit to learn about the game.

"He floats a little when he gets to the front and he doesn't quite know how to put them away yet but he'll learn, we'll teach him and he'll get there," Shea said.