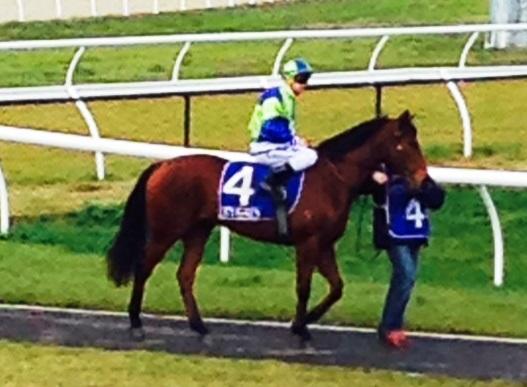 Shea is heading east on Thursday with a team of five runners ready to run at Bairnsdale.

The stable has had a great strike rate at this track over the last few seasons and we're hopeful that it continues today. Read below for Shea's assessment of our runners today.

R3 No. 1 ASSET RICH - A horse that has taken a fair bit of time to mature, I've given him the time he needs and he does have some talent. He's been working along well enough at home but meets a pretty strong little maiden field here on debut, he'll only improve with racing and experience. He's far from a good thing but I'm hopeful he can run top four.

R5 No. 3 DEL RIOS - This mare has been really consistent between 58 and 64 rating grade this preparation and this race looks well within her reach. She was a bit of a sitting duck at Geelong last start but stayed on really well and I reckon that she wants this distance now. She can roll forward and give a really good kick - hard to beat.

R6 No. 1 KING WAY - Probably the most frustrating horse in the stable. King Way has city class talent, probably a bit better than that level at his very best; I'm not crazy, you've got to see what he has done at home. Unfortunately for his connections we have had no end of trouble with him since he arrived in Australia - we're slowly getting him back to peak fitness and form. Forget his last start when he did not let down at Sandown, he's a great chance today and hopefully a confidence boosting win will send him back to town.

R7 No. 1 BAREFOOT TYCOON - A very handy horse that I think will get through to city class on a regular basis at some stage of his career. His first-up win was very good and very tough and I know he has improvement up his sleeve, the only thought in the back of my mind is that second-up in previous campaigns he has just been a length off his best form.

R8 No. 7 TO INFINITY - The old boy goes to the races again today and will roll around in a winnable BM58. He's not hopeless on top of the ground but is giving me the indication that he wants a soft track at this stage of his career. He's fit and happy and will run nicely.