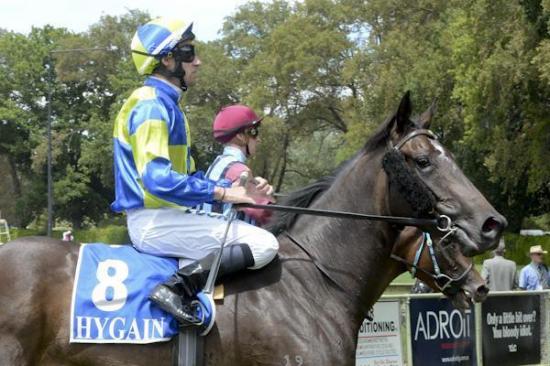 It's been pretty tough to find a good track on the provincial circuit this winter but on Tuesday at Bairnsdale it looks like we've found one.

Here are Shea's comments on the five runners at Bairnsdale on Tuesday;

R1 No. 5 STATELY BOY - We were keen to give this bloke the chance to get into the Victoria Derby last spring but we just couldn't get things going before the Geelong Derby Trial in which he suffered a muscle injury. The horse has had a good spell and is working really nicely ahead of this race but he's not wound up for it - he'll need this run and will improve with racing this prep. Really nice horse that I think is up to city class at his best.

R2 No. 5 CONSIDERING - This is a really lovely filly that we've just had to be patient with during her 3yo season. She was fantastic on debut at Geelong and then was a bit shin sore after her Cranbourne run so I decided to give her a nice long break and let her mature. She's had one jump out heading to this race and went well but she will need this run. I'd expect her to get to city class eventually.

R4 No. 3 CONSOLING - A new horse to our stable that ran quite well at his first run for us at Sale. He's going to be at his best at 2000m+ and although he steps up to 1600m on Tuesday it might not be far enough for him. I like him and he will keep improving.

R6 No. 11 DEL RIOS - Likely to be scratched and saved for Geelong later this week.

R7 No. 8 EQUINETTE - Just blew out over the last 200m at Echuca and will be much fitter for that run. At her best she is good enough to win this race, you only have to look at her Wangaratta maiden, but she needs to show more than she did fresh.

R8 No. 8 TO INFINITY - The old boy comes back to his right grade in a 0-58 but he is one horse that would have appreciated some give in the ground at this stage of his career. From the wide gate he will probably go back and look to get wide and run on late.

Don't forget to check out our Horses Available page and contact Shea or Jenny regarding some very special offers on the few remaining shares in our 2017 purchases including a couple of young horses that Shea is setting for the classics this spring!