The Week Ahead June 26 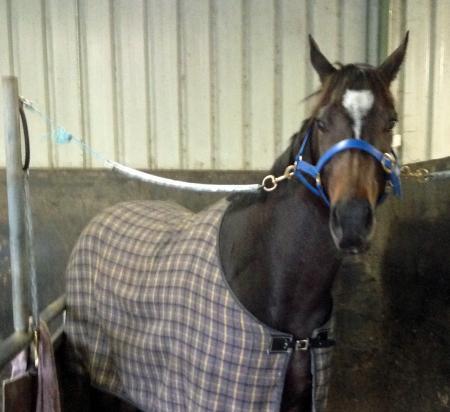 The shortest day of the year is behind us and at Eden Racing we're officially looking forward to spring!

OK, so we're slugging through 4 degree mornings at the moment, but with the sort of young talent that we've had through the stables lately you can forgive us for getting a bit excited.

Some of you might have caught Shea's comments on four of our new recruits on Monday with breaking in programs winding up at the stables in the last week.

If you missed it, click here for the link - there's plenty to get excited about!

For those that aren't familiar with the term, breaking in refers to the process of education of a young horse to get it ready for stable life. They are taught to accept a saddle and rider, taught how to turn and respond to the bridle and reins, and they begin their life in a stable environment. It is a slow, patient process that usually takes 3-4 weeks. We want our horses to do what we ask of them because they want to work with us so we work hard to build trust and a real relationship with them.

It's going to be a busy week!

Shea will scratch last start winner Raiza Flame from Sandown on Wednesday and save him for a race at Sale on Sunday but another last start winner, ANSINNA (4yo g, Bel Esprit x Cranachan) will run first-up on Thursday at Bendigo and should run well.

We could have up to seven runners at Sale on Sunday with Shea looking at races with KING WAY (6yo g, Thewayyouare x Artistry), CONSOLING (3yo g, Monaco Consul x Carnegie Hikari), Raiza Flame and ROSEBERRY STREET (4yo m, Stryker x Kooeah) to name a few.

Stay tuned later in the week for Shea's thoughts on the weekend runners.

Star Major was scratched from Flemington last week with a minor blood issue, but he has recovered well and will be back at the races soon. If he can improve on that stunning debut win, Shea may raise his sights for some better races during the spring carnival.

Ocean Embers has returned to the stables after a well deserved spell and our dual G3 winner looks in great physical condition. She will be aimed at G1 and G2 races during spring.

Sometimes you watch a young horse in its work and think, wow, that horse has true class.

I've thought that about a few horses in my stable in the last month - this could be a big 12 months for my team.