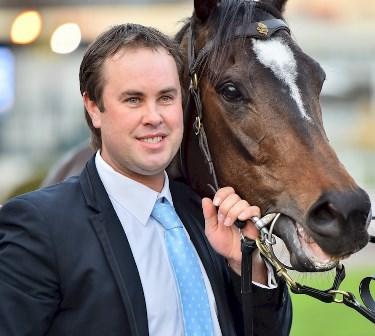 On the back of her great Group 3 win of the Bow Mistress Stakes in Tasmania, Ocean Embers heads to Caulfield on Saturday to contest the $500,000 Group 1 Oakleigh Plate over 1100m.

With five wins from her eleven career starts, including two Group 3 wins, Ocean Embers has confirmed her place as one of the best sprinting mares in the country and trainer Shea Eden believes she has earned her right to contest Saturday's Group 1 race.

Her form is fantastic and she is a real chance to be right there at the end carrying minimum weight” said Shea.

She runs at her favourite track with no weight over a distance where she finished on the heels of group one class horses Malaguerra and Star Turn, she's going to be a player."

Saturday's race is another milestone for the Cranbourne based trainer with Ocean Embers Eden's first Group 1 contestant, adding to the excitement of the race day on which Caulfield plays host to the $1.5million Blue Diamond Stakes.

Ocean Embers was purchased by Eden in 2014 at the Magic Millions Sale in Adelaide for $23,000. Having seen something in this horse as a yearling Eden has been thrilled to watch the horse grow into the best horse in his stable with so much more to come going forward.

The mare's rise to prominence comes as Eden enjoys a breakout season with his stable cemented as one of the best in Victoria. Currently, Eden Racing sits in the top 20 stables in the state, with the fifth best winning strike rate in Victoria despite having trained far fewer starters than his rivals.

Rest assured that Eden's Cranbourne and Corinella stables will be rocking should Ocean Embers land a maiden Group 1 win.