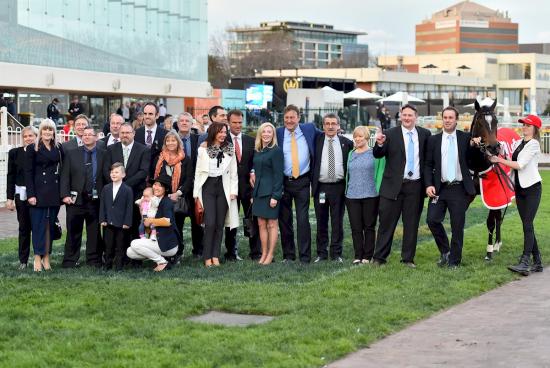 This win gave Shea Eden his first stakes success and saw his premiership standing rise to 13 in the Victorian Trainer’s Premiership.

Ridden to perfection by Dwayne Dunn who had won the prestigious Scobie Breasley medal during the week, Ocean Embers came from the back of the field to race to the post and to win by a half-length.

This was a stunning run by the horse who has had to overcome throat surgery, and Shea thanked the connections for their patience and faith in the horse and the stable. Shea also thanked the Eden Racing Team for their dedication and care.