Amenzel amazes them at Bendigo. 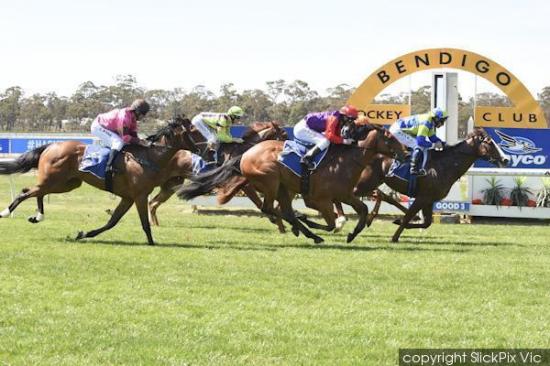 Again a terrific ride by James Winks, who is enjoying a good run of luck for the stable of late.  Amenzel showed true ability as he responded to James’ urging along the straight.

The race plan was to hold Amenzel back until the straight and he ran to perfection with a little greenness as he made his way to the line when it became a bit crowded.

Shea’s patience with his young stable of horses has paid off with Amenzel being the third of the 2014 purchases winning their maiden races.