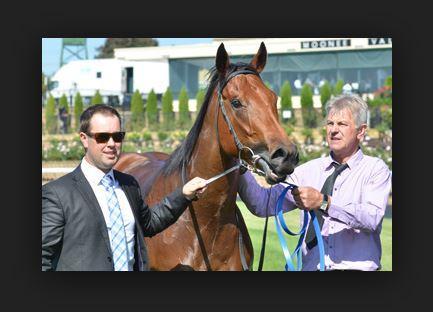 A plan to attack the rich Super VOBIS Gold bonus scheme paid off on Thursday at Mornington when FLYING ECO (4yo m Econsul x Adulate) landed The Cove Hotel Plate 1400m to break her maiden.

The benefit of racing Super VOBIS qualified horses was there for all to see today, with the mare netting a massive $26,500 for her patient connections.

"It was the plan all through her career to chase the VOBIS bonuses and the proof was in the pudding today," said Shea.

"She's had nine starts and only one of those races didn't carry a VOBIS bonus, the boys wanted to go after those races and they have been rewarded. She's a little half-sister to the old boy Flyingconi so this really does mean a lot to the whole stable."

Flying Eco was expertly ridden by James Winks who had hatched a plan to stay off the fence and save the whip until late in the race. As usual his homework was spot on and he rode the race exactly as he said he would.

As well as the mare's first win, Thursday's victory was the third from the stable's last ten runners as Shea's plan to target the winter months begins to gain momentum.

With strong form lines around the maiden races she has contested and a remarkably consistent record, we're sure that Thursday's win will not be the last for Flying Eco.