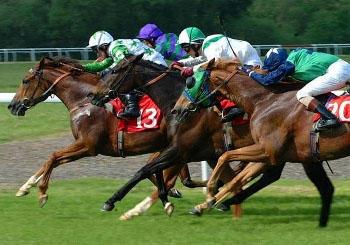 It's a busy time at the stables this week with the finishing touches being applied to runners ready to step out in the next 14-days.

Excitement is fever pitch for owners involved in a few racers ready to run for the very first time, while a couple of more familiar faces continue to build up towards another win.

TUESDAY - GEELONG
2yo TURFIN AROUND (2yo g Turfonttein x Weekend Surprise) makes his debut in the opener at Geelong. He's shown good talent at the Cranbourne jump outs and has always been a horse that Shea has liked. We look forward to a good run and a long and successful career with him!

WEDNESDAY - SALE
In form mare SMOKIN AL (4yo m Al Samer x Aurora's Hot) lines up in a Benchmark 70 sprint to try and capitalise on two very good runs this preparation. She is a talented sprinter and has always looked the sort that will improve with age, we think she's ready to go the next step.

Our old mate FLYINGCONI (7yo g Bianconi x Adulate) also runs at sale and we've elected to claim 2kg's off his back in a 1400m Benchmark 70 over his pet trip of 1400m. As long as there is good speed in the race the old boy will thump to the line.

THURSDAY - PAKENHAM
One of our homebreds makes its debut in the first race with CLOVERLEIGH LASS (2yo f Gonski x My Summer Rose) heading to the races for the very first time. She's not the sort to show heaps on the training track but has gone OK in a couple of Cranbourne jump outs and we're hopeful that she runs well.

In Race 8 TO INFINITY (5yo h Shinzig x Couverture) resumes from a break and a nasty run in with a spider. The poor bugger was bitten half-way through his prep and got very sick but thankfully he has recovered well. He trialled nicely at Cranbourne recently and if he can run into the top five we'll be thrilled considering what he has been through this prep!

Check this article in the coming days to see the latest on the week's other possible runners BETTER CALL SAUL, RED SAMURAI, STRYKER TITLE and OUR DELINQUENT.