For The Fallen home a winner 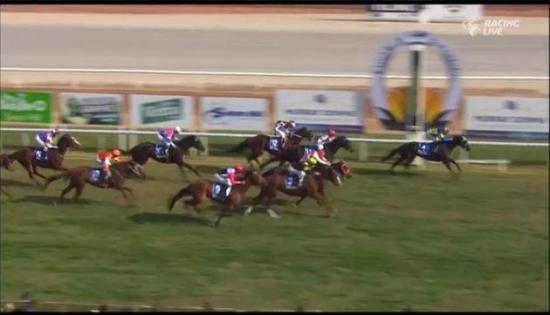 The drought has been broken and a wave of winners are on the horizon with FOR THE FALLEN (3yo g Pentire x Midnight Blues) winning his maiden at Swan Hill on Sunday.

It was the perfect result for a patient group of owners who have watched this talented galloper stike bad luck more often than good during his brief racing career.

Taken forward early by jockey Ibrahim Gundogdu on Sunday, For The Fallen simply coasted in front and ran out an easy 1.5L winner at the end of the 1600m journey after putting three-lengths on his rivals off the turn.

"This horse really should have won a couple of races by now, he's been that unlucky," said Shea.

"He's a lot better than his record suggests and I'm sure he'll be winning again soon."

Making the win that little bit more special is the fact that For The Fallen is a distant cousin of the immortal Black Caviar. His dam Midnight Blues is a half-sister to Group 1 winner Magnus and Helsinge, the dam of Black Caviar; what a thrill to race a horse from this famous family!