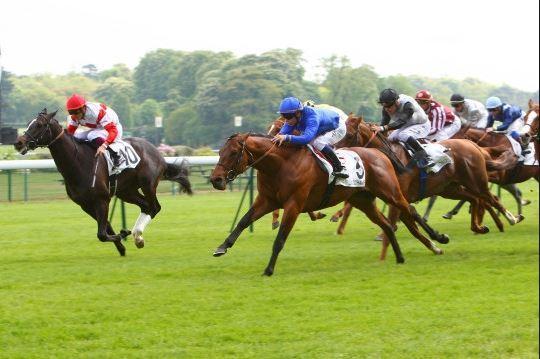 After recovering from a hamstring strain suffered during his Australian debut at Sandown, our French import KING WAY (4yo g Thewayyouare x Artistry) is ready to head back to the races this week.

With the Victorian race schedule reshuffled this week due to the relocation of meetings away from Sandown the 1600m BM78 Handicap scheduled for Flemington on Saturday has been brought forward to Ballarat on Thursday with King Way set for that race.

"There had to be a reason why he ran like he did first-up and it was obvious after the race that he had a little hamstring issue. The track at Sandown was not in a good way that day and it's no surprise to me that they've moved meetings away while they fix it. I've got no doubt the track condition contributed to the injury," Shea said.

"He's recovered really well since the run and should be ready to go on Thursday and I'm looking forward to seeing him show the talent he's shown us at home."

Although running again over a mile, staying will be King Way's forte and Shea is confident of targetting Group races from 2000m-3200m during the spring.

Shea's team are on the lookout for another import from Europe this year, if you would like to be involved register your interest with the stable and we'll keep you informed as prospects become available.