Shea brings up the 100 at Sale 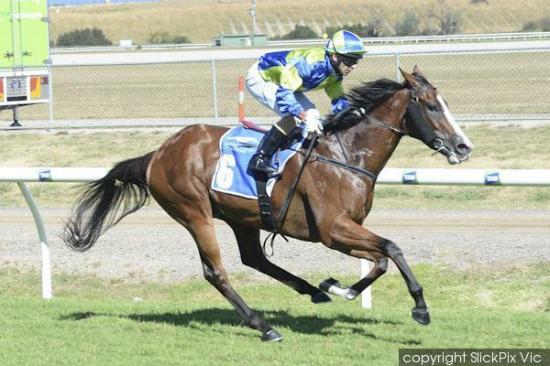 After just five years of training professionally Shea brought up a milestone to be celebrated at Sale on Wednesday when VILLAINOUS VIXEN (5yo m Churchill Downs x Zejester) became his 100th race winner.

"It's a great achievment and a bit of a milestone I guess, hopefully it's the first of many milestones," Shea told TVN after the race.

"A big thanks to all of my owners who have supported me over the years, results like this don't happen without their support and belief and as always I am very grateful."

Villainous Vixen gave Shea and the connections a very easy watch as apprentice Ben Thompson took the mare straight to the front for the 1000m Rinnai Infinity Touch BM 64 Hcp, and the pair never looked like being caught despite tiring a little on the line.

"We're very lucy to have quality young riders like this in Victoria and both Ben and Brandon (Stockdale) have done a great job for my team recently, it's great to be able to give them winning rides because they are good hard working young kids," Shea said.

"I told the owner we'd have to be patient with this mare but to his credit he has been and the rewards have come, she's a nice off-season sprinter and we'll try and get a city win with her this prep."