New season 2yo's on the march 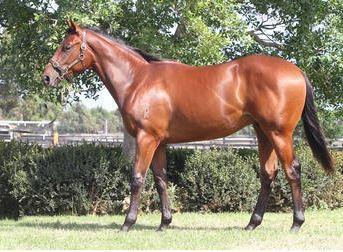 Plenty going on around the stable at the moment as always but perhaps most exciting is the development of our 2014 yearling purchases as they enter their 2yo season.

Shea was on the hunt far and wide across all the yearling sales in 2014 to find the latest recruits for his team and at this stage of the game it seems as though he's bought particularly well.

At the moment Shea is working the babies together in teams of two and three to build confidence and get the horses used to working with company. He mixes up the pairings to make sure that the horses don't get too comfortable or complacent and takes special notice of the feedback from work riders about little habits of quirks that the horses are developing.

At the moment the Duke Of Marmalade colt and the Domesday colt, the Beneteau filly, the Equiano filly, and the Magnus filly are doing pace work together along with some barrier practice; at the moment they are showing that they are more likely to be foward 2yo types and so are spending time working through the gates just in case they do show up as early runners.

Shea and the team will continue to bring the young horses along in the stables for another week or so before they head to the paddock for a short break and then another stable preparation and a jump out, we'll get an idea about whether or not they'll be ready for a race then.

All part of the exciting spring season at Eden Racing!