Dancer With a Spring in Her Step 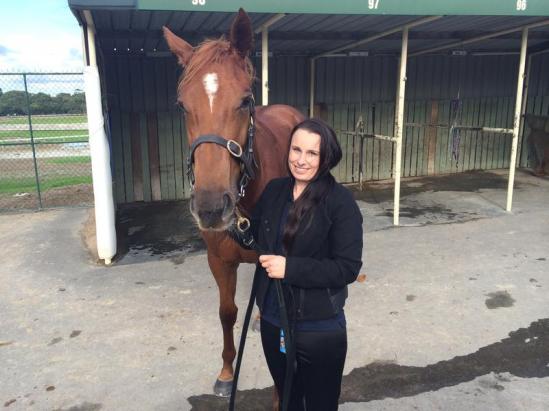 Exciting two-year-old filly Novel Dancer has done nothing to temper the excitement of connections after yet another dominant win in the $35,000 Melbourne Truck Centre Handicap (1200m) at Mornington.

The effort was yet another step in the right direction for the daughter of Written Tycoon, who is now two-from-two after anihilating rivals on debut at Echuca.

Sent out as race favourite, Novel Dancer jumped well from the wide alley with regular jockey Ibrahim Gundogdu aboard, rolling forward to sit outside the leaders girth.

Rounding the home turn, Novel Dancer cruised past her rivals to enter the straight full of running, scoring comfortably on the line after being eased down by four lengths.

It was a performance worthy of bigger things, as trainer Shea Eden explained to TVN's Bruce Clark in his post-race interview.

"Its exciting for me and all the owners involved, this is what its all about," Eden said.

'We set out to find a nice horse at the Magic Millions and i think we managed to do that,

"In her trackwork we gave her a test, she did it so easy, we didnt have a horse that could go with her, and Ibrahim (Gundogdu) said he never got out of third gear,

"We will now look at preparing her for better races in the spring and possibly the three-year-old Magic Millions."

Congratulations to all connections and yet again another fantastic job done by our trainer Shea and strapper to the stars, Jess.