Rambert on the rampage at Moonee Valley 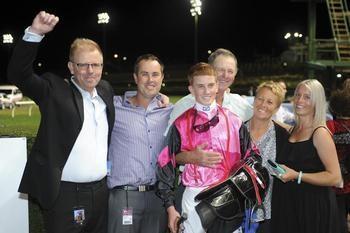 Former cast-off Rambert has continued his remarkable resurgence with a dominant success in the Sportingbet Handicap (2500m) at Moonee Valley.

An assortment of issues kept Rambert off the scene for almost two years, leaving his owners all but prepared to give up hopes of the gelding winning a maiden, let alone notching a city win.

Trainer Shea Eden took on Rambert as a potential picnic galloper in 2011 but the son of King Charlemagne became a dual metropolitan winner with his easy Moonee Valley win.

“He hurt himself a long time ago and was virtually written off up in a back paddock,” the trainer said. “We took the horse on to go to picnics back when I was training at the picnics so he’s come a fair way since then.”

Apprentice Chad Schofield spoke to Rambert’s regular rider Jack Hill for advice on how to get the best out of the seven-year-old before heading out for the $50,000 event.

“My hat goes off to Chad. Before the race, he went into the stewards’ room and got on the phone to Jack Hill. Jack has had four wins on this horse,” Eden said.

“He spoke to Jack and Jack knows how to ride this horse and Chad rode it to a tee.”

Schofield rated Rambert perfectly in front for the first 1800 metres of the race before the emerging stayer left his rivals standing when the jockey asked him to quicken from the 600 metres.

Rambert was well clear entering the straight before coasting to the line 4-1/4 lengths clear of his opposition to the joy of a thrilled Eden, who took the chance to pay tribute to all involved with the horse’s success.

“It’s a big thrill to come here and win anytime in any race but to come here with this horse over this distance, it’s a great achievement for everybody involved ,” Eden said.

“We have always said we want to get him to the Valley and get him over 3000 metres so tonight is a step closer to the 3000 metres. In three weeks, there’s a 3000-metre final here so that’s where he will be coming.”