Teretoa toughs it out for another Sale win 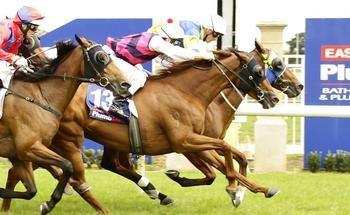 Teretoa continued his rapid improvement since joining the Shea Eden stable with a hard-fought win in the Australia Day Races Handicap (1713m) at Sale.

The gelding arrived at Eden’s stable as a maiden after 31 attempts but Teretoa’s win was his second in three outings for the Corinella-based trainer.

Jockey Nathan Rose has partnered Teretoa at all of his runs for Eden and his partnership with the son of His Royal Highness continued to flourish in the Sale event.

Rose capitalised on a perfect draw of barrier four to send Teretoa straight to the lead without using up too much energy early in his Rating 62 assignment.

Teretoa settled perfectly for Rose, who slowed the tempo midrace to suit his mount, before asking the six-year-old to quicken approaching the home turn.

Teretoa stole a small break on his opposition but he was there to be beaten all the way down the straight.

However, Teretoa refused to wilt as the challengers attacked him in the final 100 metres of the race before hanging on to score by a half head.

Teretoa earned a $10,500 winner’s cheque for his fighting performance, which took his earnings for the Shea Eden stable to more than $22,000 from his three outings.

Click here for a replay of Teretoa’s fighting success at Sale.