Snip The Dancer too strong on debut 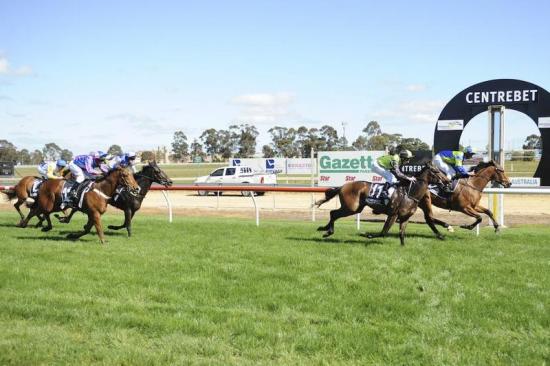 Promising gelding Snip The Dancer added yet another winner for Shea Eden Racing with her smart performance in the Pakenham Golf Club 3YO Maiden Plate (1008m) at Pakenham.

Eden adopted a patient approach with Snip The Dancer, waiting until early in the gelding’s three-year-old season to give him a debut run, which paid off with his strong victory.

Snip The Dancer’s smart early speed allowed jockey Matthew Gatt to hold his inside position to have the promising type sharing the pace.

Snip The Dancer settled comfortably in the $15,000 event before quickening strongly approaching 400 metres.

The son of Snippetson’s superior education paid off when he railed perfectly around the tight Pakenham home turn while the subsequent runner-up Thanks A Million drifted off the track slightly.

Snip The Dancer saved enough ground on the home turn to leave him 1-1/2 lengths clear at the 200 metres, which proved to be the difference in the race after the debutant lasted to win by a long head.

Snip The Dancer will derive great improvement from his first-up run as the lightly-raced galloper learns his craft with further racing.

Click here to view a replay of Snip The Dancer’s gutsy debut win.