The Beau Vernon fundraising dinner was a huge success. 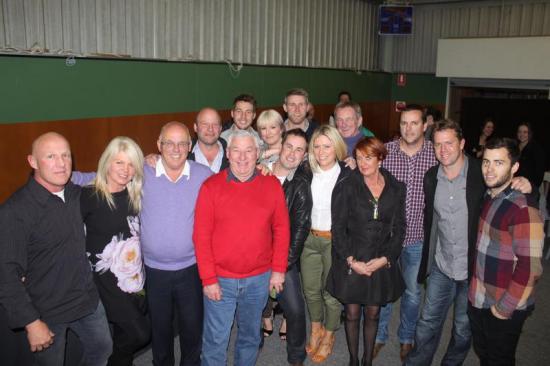 Beau was playing his usual weekend match for Leongatha when a sickening knock dislocated one vertebrae and fractured another, leaving him a quadriplegic. Unfortunately due to an insurance flaw, Beau’s family has been flagged with a bill of over $800,000 for his rehabilitation. When Shea and his partner Miranda heard of a night being put together to raise the much needed funds for the Vernon family they were eager to help out. Shea's father had played football with Beau's father and although Shea himself had not played football with Beau, many of his close friends had.  Eden Racing donated a 10% share in a beautiful filly by Danzero out of Gothic Darkness for auction and on the night this share raised $10,000 for the Vernon family. The under bidders at $9,000 for the filly where Dale Thomas and Jarryd Blair from Collingwood and so Shea offered to sell them a share at the $9,000 with $4,500 of this being donated back to Beau.

Living in a small community it's great to see everyone come together to help others in need whether it be fire, floods or as in this case a tragic accident.

Anyone who would like to donate or attend any of the upcoming nights for Beau Vernon please visit www.speakersandevents.com.au/blog/tag/beau-vernon